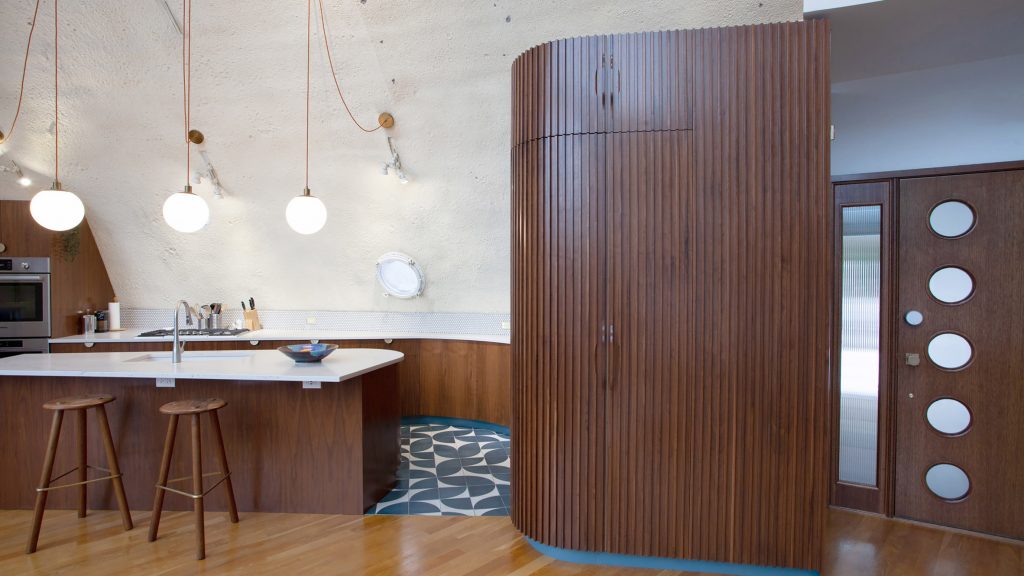 Curved oak kitchen cabinetry is among the new additions to a 25-year-old, half-dome dwelling in the Catskills partially renovated by American studio DAAM.

Located in the town of Roxbury, the Shell House serves as a vacation retreat for a young family from Brooklyn.

In addition, the owners open it up twice a year for an artist-in-residence program through their organisation, Shell House Arts. The 2,300-square-foot (214-square-metre) dwelling has three bedrooms and a loft with studio space.

The original structure was designed in 1996 by American architect Seymour Rutkin, who used the home until his death in 2007.

He created the house with input from the Monolithic Dome Institute, a Texas-based company that designs and builds domes for a range of purposes.

“The house served as a prototype for Mr Rutkin’s utopian vision for the new single-family home,” said DAAM, a Chicago-based studio started in 2016.

The home is shaped like part of an oblate ellipsoid – a type of imperfect sphere. Its walls are made of sprayed concrete.

The south elevation features a patchwork of translucent and frosted glazed panels, along with orange panels made of insulated porcelain on aluminium.

DAAM was tasked with renovating the building’s entryway and kitchen, along with replacing a supplemental heating system. The goal was to update the dwelling for contemporary use while honouring its original design.

For the entryway, the team installed a new front door made of mahogany. A row of circular windows takes cues from the home’s rounded geometry.

Just inside the door, one encounters a tall enclosure made of dark-stained oak, with a bench and niche for removing and stashing shoes.

The remainder of the curved unit contains storage space, concealed behind integrated doors. A large portion of the unit is wrapped in fluted wood.

“The fluted wood surface catches light and shadow while hidden storage compartments are accessed by door pulls, which seamlessly emerge from the textured surface,” the team said.

The entry enclosure is one of several “island units”, as the architects call them, that were created for the renovated space. The units’ rounded edges take cues from the home’s domed shape. Oak was used throughout to provide cohesion. 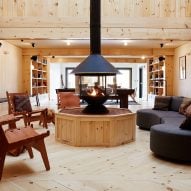 Within the kitchen, the team inserted cabinetry that follows the curve of an adjoining wall, along with an island that floats in the centre of the space.

The geometry of each unit is based on the appliances they house, along with their positioning in the room.

“We created a series of soft-edged island units – tethered by a horizontal countertop surface – to produce an overall spatial composition that organically wraps the surfaces of the kitchen while providing a functional open floor plan,” the team said.

Working closely with a contractor and cabinetmaker, the architects used a laser scanner to understand the space’s existing topography.

The scanner generated a set of data points, called a “point cloud”, which enabled the team to create elements that are precisely tailored to the space.

In addition to the oak, the team used materials that are meant to respect the home’s original design while adding texture and playfulness.

Counters are topped with white quartz, penny-round tiles form the backsplash. Ceramic tiles cover the floor and door pulls are made of brass. 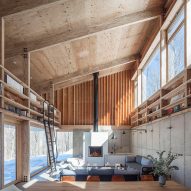 Camp O is an architect’s retreat in Upstate New York

The kitchen is fitted with stainless steel appliances and wooden tripod stools from Erickson Aesthetics. Hanging overhead are globe pendants from West Elm, affixed to cords from the Color Cord Company.

Other domed structures in the US include a geodesic dome cabin in Massachusetts that received an extensive overhaul by Jess Cooney Interiors, and architect John Lautner’s famous Arthur Elrod House in Palm Springs, which has a dome-shaped concrete roof and a half-moon swimming pool.

Photography is by Lydia White. 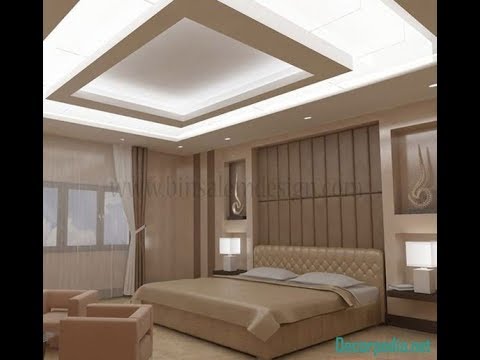 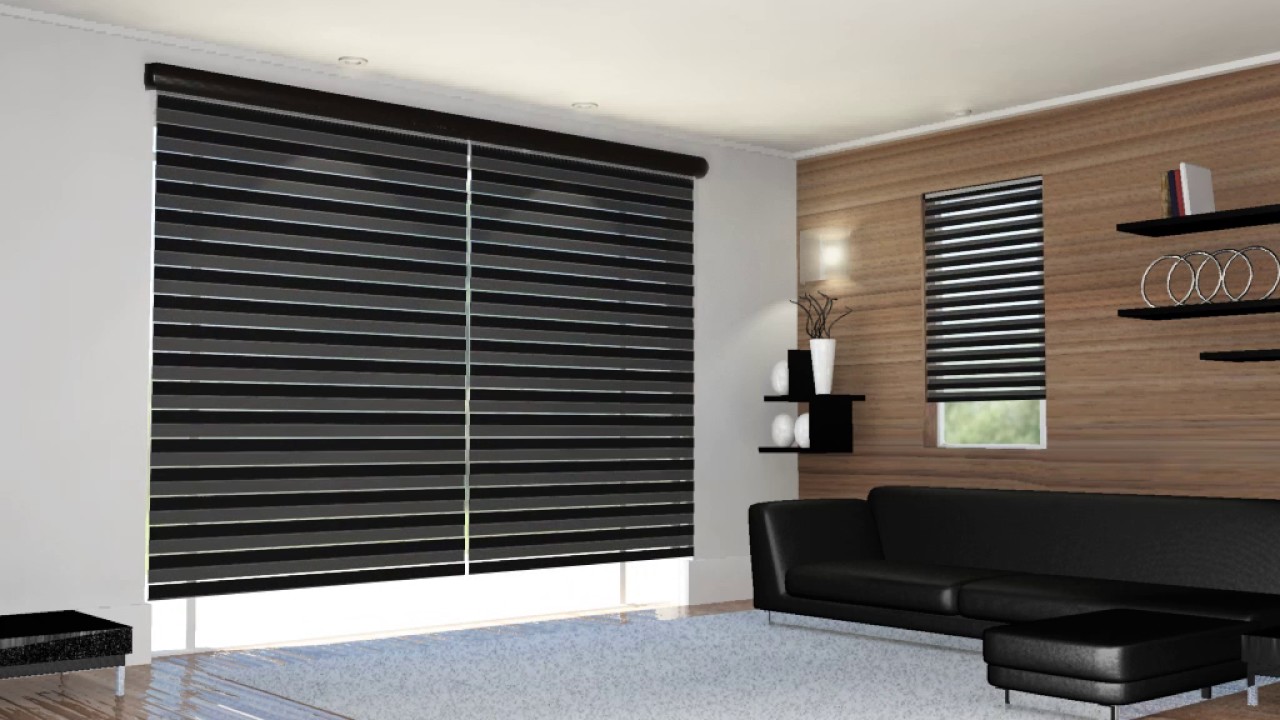